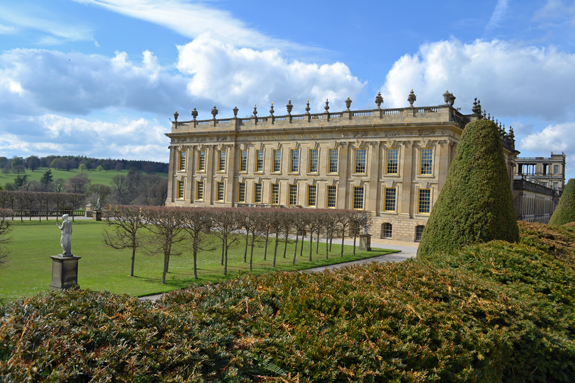 The ewe looked ready to charge.  (Can sheep be dangerous?  I know wombats can be deadly).  She was intent on protecting her lamb from this strange creature that was approaching on two legs.  The creature had a black box instead of a head.  The black box made a slight clicking sound.

It was lambing season in the Peak District in Derbyshire, England.  Tiny lambs were taking their first steps across the hills and moors. The ewes kept watch over them as they grazed in the spring sunshine.

The Peak District  is the most popular of the United Kingdom’s national parks.  It is between the cities of Manchester and Sheffield in the north of England.  Although it is designated a national park, the area is only partly owned by the government.  Many small villages with stone houses dot the landscape.  Fields full of sheep have walls made of stones to mark their boundaries.

Bakewell is the only town in the Peak District.  It was first settled in Anglo-Saxon times in the 9th century, when the Bakewell area was in the kingdom of Mercia.  The parish church was founded in 920, and a five arched stone bridge has been providing a way over the River Wye since the 13th century.

Bakewell is famous for Bakewell pudding.  It’s colloquially called pudding because it’s a dessert, but it’s actually a jam pastry with an egg and ground almond enriched filling.  It’s said to have been created by accident in 1820 by a cook at a local inn who didn’t follow her landlady’s instructions.

I didn’t eat any Bakewell pudding while I was there, but since I was in Northern England I had to have some traditional fish and chips.  I made my way to Bakewell Fish & Chips for a delicious lunch of famously good fish and chips.

Just outside of Bakewell is Haddon Hall, a medieval manor house of the Duke of Rutland started in the 11th century. The current Tudor hall includes additions made between the 13th and 17th centuries.  It was used as a setting in the movies The Princess Bride, Jane Eyre, and Pride and Prejudice. Sometime in the 12th century, someone drew these skeletons on the wall in the chapel.  They were covered up during the Reformation and newly discovered hundreds of years later during a renovation.

A short distance away is Chatsworth House.  It has been the home of the Duke of Devonshire since 1549.  Many say it is the finest example of an English country house.  The house seems more like a king’s palace to me.  The window frames are lined with gold leaf and the interior is filled with fine furniture, precious artwork, and Greek statues.

Chatsworth has also been seen in many movies and TV programs, including “Pride and Prejudice,” where it was called Pemberley, the home of Mr. Darcy, as well as The Duchess.

The interior of the house is certainly spectacular, but I like the estate grounds even better.  The house was built on a hill overlooking the beautiful countryside of Derbyshire between the Derwent and Wye valleys.

Chatsworth is famous for its gardens, which have features built over six centuries.  The Canal Pond near the house is a man-made lake that is the size of a football field.  It was dug at the direction of the first Duke of Devonshire in 1703. The first Duke also had a water cascade built into a hillside in 1696.  It has 24 steps, each slightly different and with a variety of textures so that the water flowing over each step results in a different sound.

In 1843 Czar Nicholas I of Russia informed the sixth Duke that he was likely to visit Chatsworth the following year. In anticipation of this visit, the Duke decided to construct the world’s highest fountain. A lake was dug up on the moors 350 feet above the house to supply natural water pressure to power the fountain. The resulting water jet is on record as reaching a height of 296 feet. However, the Tsar died and never saw the fountain.

Chatsworth’s Great Conservatory was completed in 1841.  It was also as big as a football field and was the largest glass house in the world at the time.  The conservatory contained tropical plants collected by the Duke from all over the world.  It was heated in winter by coal-fed boilers.  The coal was stored in a hidden pit built into the hillside and the coal was transported to the conservatory by a tunnel so that visitors couldn’t see how it was heated.

The conservatory wasn’t heated during World War I so all of the plants died.  The building was demolished and a large hedge maze was planted on the site. I spent a good deal of time wandering through the maze to find my way to the center and back out again.

As I toured Haddon Hall and Chatsworth House I couldn’t help but wonder at the display of riches by the nobility in past centuries.  One man, who was lucky enough to be born to inherit a title, commanded vast wealth and power.  Thousands of others toiled for that man’s whims and follies.  It’s almost enough to make me become a socialist.  But not quite.