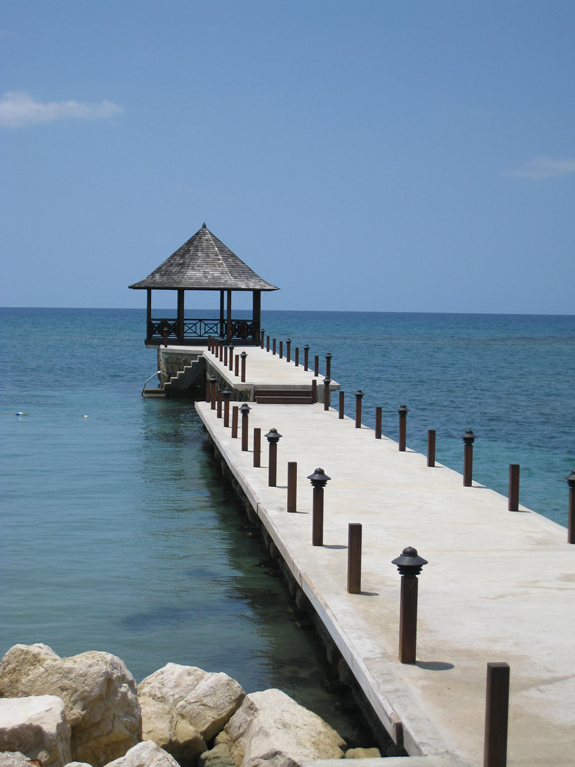 While traveling in the Caribbean, I was fortunate enough to visit some friends who were staying in Jamaica. Yes, we were there for the beautiful sandy beaches and nights out in Negril, but local festivals were also on our radar. Of course the sun was definitely a factor too!

If you’re like me, when you think reggae, you probably end up humming a Bob Marley tune. Unless you’ve been living under a rock for the last 50 years, you’ll know that he, along with most other reggae legends, comes from this beautiful island – which brings me to our first July festival!

On July 1st, Jamaica hosts an International Reggae Day Festivalwhich celebrates both reggae and the island’s cultural history. Rather than venturing into Kingston for the main festivities, our group decided to celebrate the reggae spirit a little closer to home, at the famous Rick’s Cafe. We danced all day and night to live music, and chatted with both tourists and locals in the laid-back outdoor atmosphere. Known for its music and irie vibe, Rick’s is also a popular cliff-jumping spot. We cheered on the local cliff jumpers (and a few crazy tourists!) while sipping our cold Red Stripes.

If you love seafood as much as I do, you won’t want to miss this annual event in Alligator Pond, Manchester. We shared plates of snapper right of the beachfront grill, curried lobster tails, garlic shrimp and some of the best crab I’ve ever tasted. Not travelling in July? Don’t worry if you miss the beach party – you can enjoy fresh and delicious seafood year-round here at Little Ochie, a family-style tiki hut restaurant known for its fresh and delicious seafood.

While still relatively small compared to the West Coast surf scene, the Caribbean surfing community is growing steadily. The Makka Pro Surf Contest on Southhaven Beach brings together the local surf talent as well as surfers from around the Caribbean – pack a cooler and a beach chair and catch the excitement.

Some fellow travelers we ran into were fresh off a visit to this foodie festival, and I am sorry I missed it! Bringing together a menu packed with jerk specialties (chicken, pork, fish and more), and activities for the whole family, this festival is definitely worth checking out.

Of course after a busy day or night of festivals (and so much eating!), Jamaica’s beaches offer the perfect place to relax.

I always rent a car when I go on a beach vacation.  I like to visit different beaches and that can be difficult without a car.  Well, almost always.  The only time I haven’t rented a car was our visit to Jamaica.  I had heard horror stories about tourists driving in Jamaica, getting lost, robbed, or worse.  I’m sure those are isolated incidents that get international headlines and that I am more likely to get poked by sharp coral.  Still, driving around the island didn’t sound like a good idea, even if we were going to the tourist areas and not the toughest parts of Kingston.

We were staying in Montego Bay on the north shore for a few days, followed by Negril for a few days.  The resort we stayed at in Mo’ Bay (as the locals call it) was a half mile outside of town. We took a taxi into the shopping area.  There wasn’t much in the stores that interested me.  It was June, off season, and there weren’t many tourists around.  So the storekeepers descended on us like vultures to road kill.  Every other guy kept asking me about Bob.  Who the hell is this Bob guy anyway? And I why should I know anything about him?

I found out that Bob also has other names.  Like Marley, smoke, and ganja.  These people were trying to sell me marijuana.  Which one would think would be illegal, even in Jamaica, but everywhere we went I was approached to buy pot.  I couldn’t sit on the beach for more than 15 minutes without someone, male or female, young or old, asking me to relieve them of some of their stash.  Even the waiters in the restaurants were part-time salesmen.  They were polite and discrete about it, nothing too pushy or obnoxious.  But it still annoyed me and disturbed my attempts at relaxation.

After shopping and not buying anything but coffee beans, I suggested we walk over to the marina and have dinner at a seafood restaurant I read about.  We could take the main road the long way around the bay, or take a short cut.  I made the executive decision to take the short cut, because I was wearing flip flops and my feet were starting to hurt.

By this time it had gotten dark, and the road we took cut through an industrial area.  Many of the streetlights were broken, and our shadows from the few that remained danced along the corrugated tin walls of abandoned warehouses.  Litter blew in the sea breeze at our feet as we picked our way through the potholes.

Distant memories of old newspaper accounts of tourist crimes bounced around my brain as I picked up the pace a little.  I didn’t want to alarm my wife and daughter with tales of violent crime as we strolled through an area where we could vanish into the night.

“Let’s walk a little faster.  I’m really hungry,” I said.  I was hungry, but I was also getting a little scared.  I kept looking over my shoulder.  But there was no one on the street.  We were alone.

We eventually found the restaurant and had a nice meal and a couple of Red Stripes.  When it was time to go, I knew we should take a cab.  There was no way I was going to walk back through the warehouse wasteland late at night.  I asked the hostess to call us a taxi, which brought us conveniently back to our hotel.

The next day we left for Negril, which is on the western end of the island.  Negril has a reputation as a hippy hangout and party central.  We stayed outside of town again, away from the main beach in a bungalow above the rocks.  The girl at the front desk suggested we go down the road to Rick’s Café to see the cliff divers and the reggae band.  It was also a great spot to see the sun set over the Caribbean Sea. That sounded like fun.

Since Rick’s Café was only a couple of hundred yards down the road, I thought it didn’t make sense to call a taxi.  The taxis were all back in town. Instead, we’d walk there and back.

The trip there was of course in the early evening, before the sun had set.  We watched the divers, the reggae band, and the sunset. After the band finished its second set, I asked the girls if we could go.  After all, I was tired from a long day of declining marijuana purchases.

“Are you sure we want to walk back?  Can we take a taxi?  It’s really dark out there now and there is no shoulder on the road,” said my safety-conscious wife.

“Hey, we can walk a couple of hundred yards.  It’s not like the road is crowded.  We’ll see cars coming our way,” I said.  I was acting more courageous than I felt.

What could happen?  It’s only two hundred yards.  We left the café and started walking.  It was a warm, humid night.  The moon was a sliver crescent, hanging in the sky to light our way.  The flying bugs were buzzing in the trees.  We strolled along arm in arm.

As we came around the bend near our place, I noticed that there was a guy standing by the gate to our compound.  I could see that he was tall and thin and had something in his hands. I couldn’t tell what it was.

“Uh, there’s a guy in our way up there,” I said.  I was trying to be bold and protective.

“He’s probably going to try to sell us pot, Dad” said my teenaged daughter. Based on our recent experiences in the country, I had to say that was an accurate prediction.

“Just keep walking and don’t say anything to provoke him.”

We approached the guy, ready to run and bang on our gate and yell at a moment’s notice.

“Good evening ladies and gentleman.  Would you care to have a look at my artwork?” he said as he pushed the button on a small flashlight he held in one hand as he pulled some watercolors out of a satchel hanging from his shoulder.

“No thanks, not tonight.  Maybe some other time,” I said.  That was a change of pace.  Not Bob, but art.

We knocked on our gate to wake up the night guard so he could let us in.

The next day Lisa and I went for a walk.  As we turned out of the gate we ran right into the guy again.  We couldn’t avoid him so we stopped to talk.  In the daylight I could see that his eyes were red and glazed over.  I think he had been talking with Bob quite a bit already that day.  It probably interfered with his painting and selling techniques.

We didn’t buy any of his watercolors.  But we did enjoy talking with him.  In the daylight, he was nothing to be afraid of.  He was friendly and offered to be our tour guide.  We politely declined.

On the flight home I thought about our experiences and how my perceptions colored my attitude about the place.  We weren’t any more unsafe than many other places we have visited.  I knew that in my rational mind.  However, that didn’t mean I was ready to book a return trip to Jamaica.