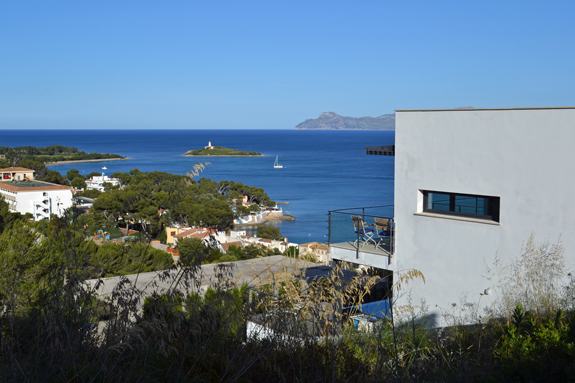 What is the difference between Majorca and Minorca?

I had no idea. I didn’t even know where they are located.

I was searching the web for last minute cheap airfares from Munich. I was tired of the cold and wet spring. Where can I go to see the sun again?

I found out that they are the largest of the Balearic Islands in the Mediterranean Sea, and a part of Spain. They are far enough south in latitude to have nice, sunny weather in June, unlike the flooded swamps of northern Europe.

Last minute, cheap airfare in hand I took the U-bahn and the S-bahn to the airport, and a short while later found the sunshine in Palma de Majorca, the largest city on the island.
I made my way to the northern coast of the Majorca near a town called Alcudia. After taking a detour into the local garbage recycling station (thank you Mr. GPS!), I found the resort I had booked.

While checking in I changed from my very bad German skills to equally bad Spanish skills.

“Bon Sera, Senior. Yes, I have been waiting for you,” said the nice Spanish man behind the counter.

He gave me the key and told me where to go. Politely, of course.

I’d like to report that something memorable and funny happened to me while I was in Majorca. However that was not the case. This short sun break was spent lying on the beach, swimming in the cold Mediterranean Sea, swimming in the cold, unheated pool, and taking long walks along the seashore.

At night the port of Alcudia came alive with families strolling along the boardwalk. Tapas was prevalent in the trendy restaurants, meant to be tasted along with the local wine. The old town of Alcudia, originally built at least in part during the Crusades, was a delight to meander along the back streets in search of gelato.

Even the crowds of British tourists on the main beach didn’t dampen my mood. I could retire here, I thought. I could rent a small villa on the hillside with a view of the sea. I might even learn Spanish.

By the way, Majorca is a larger island than Minorca. That is the difference… 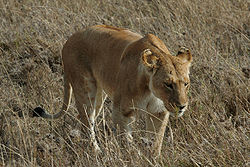 I couldn’t believe my eyes. I looked at my wife as we walked up towards the parked car. Her mouth was agape.

“That definitely was not a dog,” I said. It was as big as a large dog, however…

We were walking back from the beach in Puerto Banus in Spain. It’s a small town down the coast from Marbella, in the Costa del Sol, not so magnifico. It was only April, still uncrowded. Dusk was falling. The sunlight was fading away and the shadows were coming out. We had crossed the busy road without getting killed, and turned into a neighborhood of nice single family homes before getting to our apartment complex.

As we walked up the hill on the sidewalk in front of the homes, a man came out of a house with an animal on a leash. He opened the back door of an old car. The animal calmly jumped into the backseat and lay down. The man shut the door and went back into the house.

We were about ten yards away from the car. As we walked past I leaned over to peer in the window. The window was rolled all the way down. I then grabbed my wife’s arm and kept walking, as fast as possible. I looked back over my shoulder to make sure everything stayed the same. No sounds, no movement.

Because in the back seat of that car was a lion. It was not a dog, nor a fantastically large house cat. It was a juvenile lion, not nearly full grown. And I wasn’t sure if it was an African lion (Panthera leo) or a North American mountain lion (Puma concolor). But either way, I didn’t want to find out what would happen when the animal jumped out of the open window.

Where does one get a juvenile lion in Spain? Why put it in the back of your car parked on a street in a neighborhood with the window open? Where was the man going with his lion that night?

We didn’t stick around to find out.