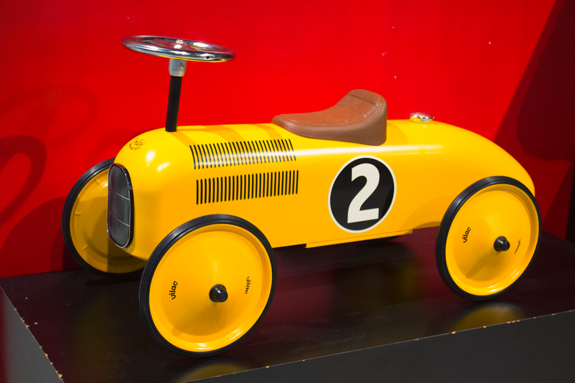 Traveling on the French Autoroutes is similar to driving on other freeways in Europe.  The roads are not as nice as the Autobahn in Germany, but better than the Autostradas in Italy. They have lots of tollbooths and the toll charges add up to a lot of baguettes. They also appear to have speed cameras, although I never noticed any on the roads.

I only know this now because I keep getting “administrative charges” showing up on my credit card account from Sixt, the car rental company I used on my France trip. Sixt charges me 18 euros every time they get notified that I did something wrong while renting their car. I’ve received four of these in the past month.

I’m slowly getting these tickets in the mail from the French road authorities. They want 45 euros for each ticket from me at first, escalating to 180 euros each over time. One of the tickets cited me for going 138 km/hr in a 130 km/hr zone. The 130 km/hr speed is the standard speed limit on the Autoroute.  My excessive speed of 8 km/hr over the speed limit is approximately 5 mph.

Give me a break!  This is on the freeway! Almost everyone was driving faster than me. If they send tickets to all of those drivers, think of the administrative machine and revenue generating/wealth redistribution system they have designed.  Those French socialists!

I think I’ll refuse to pay these tickets, just like that ticket described in my Italian driving misadventures. Unless they can get to my credit card like those *#@$%&$ Austrians.

I’m still struggling with my European GPS (go here for a tale of my inadvertent Swiss mountain climbing expedition in a Mini). One time my GPS sent me through the back roads of the French countryside to my next destination, instead of via the Autoroute.  It was nice for a while, until I got to a road closed due to construction.  I was in the middle of the back of beyond, in terms of the Loire Valley.

To recover from the closed road, the GPS sent me down one lane roads, gravel roads, and farmer’s lanes until eventually (OK, it was actually a couple of hours) I ended up back at a main road.  When I looked at the map later, I could have done the whole trip on freeways. I am going to take a sledge hammer to that GPS someday.

(If you want to leave the driving to someone else, such as to and from an airport in Europe, try Blacklane Limousines).

On my way towards Normandy I stopped at a gas station to get something to drink. When I came back out to my car I saw this:

Thanks, dude. You’ve blocked me in. What were you thinking? I can’t even get my car door open!

I was getting steamed. Who parks like that? What an idiot!

I had to wait for the truck driver to come back to his (or her) vehicle.  I decided to stand in the way and confront him, silently, because if he knew I was American he would probably let loose a slew of French vulgarities at me.

After ten minutes I saw a young guy in overalls come out of the store. He had a cup of coffee and a candy bar. I planted my feet and took up as much of the sidewalk as I could in front of my car, so as to partially block the path to the truck. He was looking down at his coffee as he walked, until he got a few feet from me.  He noticed that I was in the way and looked up, into my eyes.

I gave him my Angry Eyes, pointedly looked at his park job, then stared back at him.  I didn’t say a word.

He slightly grinned, smirked, and ducked around me without speaking. He hopped into his truck. I gave him the French single finger salute as he drove away. It made me feel better.

Back on the road.  Let’s go to Mont Saint-Michel.