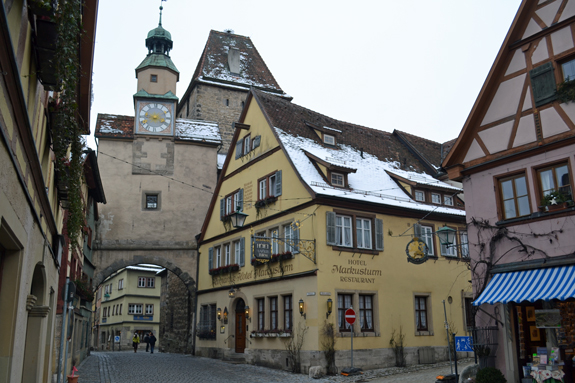 Would you like to eat a couple of schneeballs? Or would one schneeball be enough for you?

A Schneeball is the local dessert of Rothenburg ob der Tauber, Germany, and the surrounding areas of Franconia. It’s spherical like a doughnut hole, but as big as a baseball.  A schneeball is made out of pastry dough and covered with icing, powdered sugar, chocolate, nuts, marzipan, and other coatings.

Schneeballs (also called snowballs) have been made in the area for over 300 years.  They were originally made as special desserts for weddings and other celebrations, but now are widely available to eat every day.  Although a schneeball a day will probably not keep the doctor away. 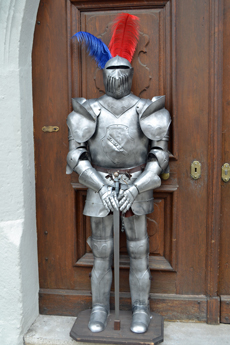 A visit to Germany is not complete without a tour of Rothenburg ob der Tauber.  This town looks like the real-life locale for the Disney film “Beauty and the Beast.” It is a preserved medieval town situated on the top of a hill, with a commanding view of the River Tauber in the valley below. Rothenburg is defended by a high wall, with many towers and a few massive gates.  The town was started in approximately 970 and some of the existing structures date to the 12th century.

The town was besieged in 1631 during the Thirty Years War.  As legend has it, the attacking general wanted to kill the town leaders and burn it down.  The leaders invited the general in to parlay and offered him a very large stained glass beaker to drink from.  The beaker held over three liters of wine.  The general was impressed and offered to spare the town if anyone there could drink all of the wine in one gulp.  The former mayor volunteered and drained the glass.  The town was saved!  No mention is made of the guy’s hangover the next day.

After 1650, development in the town stopped and it lost its importance until tourists started showing up in the early 20th century.

In summer Rothenburg is mobbed by thousands of Asians and other tourists who pile in from gigantic tour buses. I visited on a cold and snowy February afternoon.  The town was deserted and I had the streets mostly to myself as I wandered.  I liked the solitude of walking down the backstreets and the town wall without the crush of the crowds.  The downside is that some restaurants and shops are closed for the season. 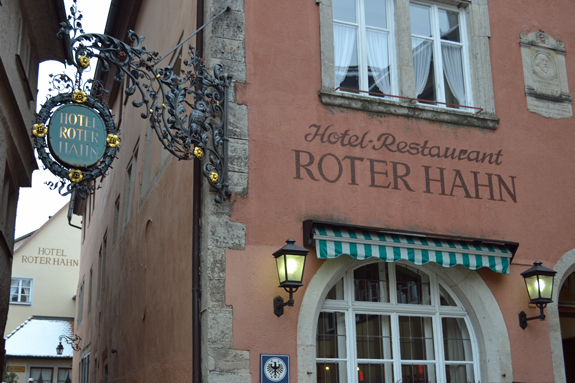 You don’t find the typical chain hotels in Rothenburg.  Many of the hotels are in buildings that are almost five hundred years old.  One hotel is even built into the thick town wall.  The hotels have been renovated with all of our modern conveniences, but have the charm and character of medieval Europe.

While having beer in the local bar I expected Gaston to burst in at any moment.  He didn’t show, but I think I did see Belle return a book.