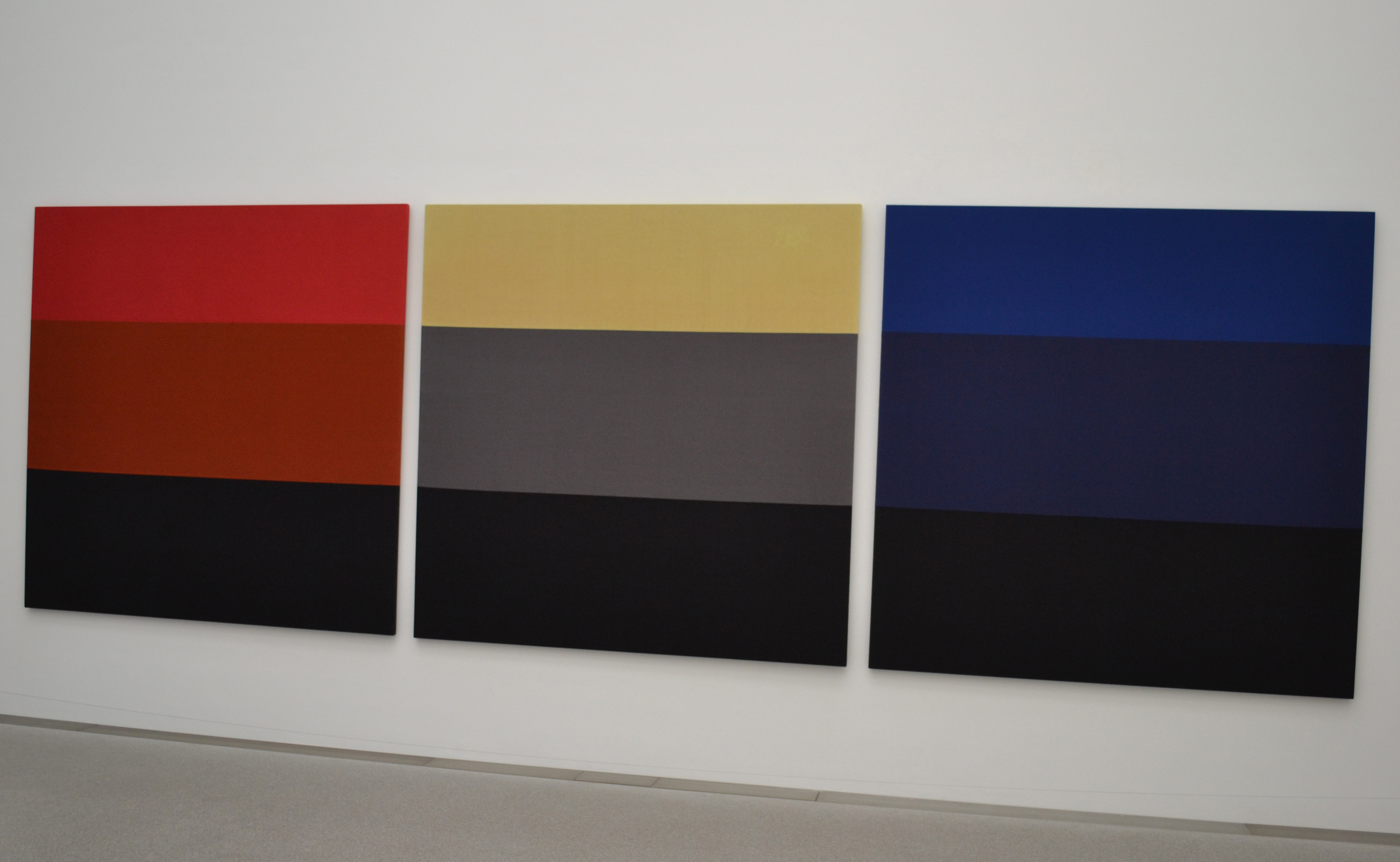 I had an art class at college. I was an engineering student but had to take at least one art class to be properly educated. I recall sleeping through most of the classes because they were so boring.

My wife studied art and graphic design. So I make an effort to take her to a museum once in a while. Having recently landed in Munich, we decided to go to the Pinakothek Der Moderne (the modern art museum). It only costs one euro on Sundays, which is a pretty good deal to enter an amazingly large, white, and mostly empty architectural gem.

Here’s a blue Picasso. I can sort of tell what this is, but I’m not really sure. I wonder what drugs old Pablo was on when he painted it.

I can recognize this as a painting that took skill to visualize what it should be and then to get the paint on the canvas in all of the right places. The following painting is different.

Good colors…, sure, why not. It’s very large, so it fills up a grand space. But what is going on here? It’s just some basic colors. I wanted to say something about this painting, but I held my tongue.

In an adjoining room there was an extensive special exhibition of pencil art on buff-colored paper. Most of the pieces were scribbles – circles, squares, random doodles. I could contain myself no longer.

“Even I could do that!” I said. “It looks like a child’s doodles from kindergarten class!”

A nearby German art class looked at me in horror.  They must have understood me.  After passing through a room full of oblong boulders, each with a hole partially cut into them, we came upon this:

I don’t know what the artist called this piece, but it looks like a pile of metal garbage from the auto wrecking yard. I could imagine the conversation the artist had with his or her parents.

Aspiring Artist: “Mom and Dad, I want to spend tens of thousands of dollars to go to art school at a private university to find my inner artistic being and create modern sculpture out of old car parts.”

I next found this piece:

I can see the utility for this item. It might be useful for sweeping up sawdust from the corner of a wood shop. I don’t, however, see the artistic merit.

It must just be me. I don’t get it. I am too analytical and practical to understand the artistic mind. For those of you out there who are artists, please explain the merits of the following piece. (I didn’t take a photo of it because, well, I just didn’t want to….)

The piece was a medium sized, colored chalk drawing of a man. The man had a t-shirt on, and no pants. A bunch of balloons were in place of his head. The balloons were tied to a string, which was tied on the other end to his penis. On his t-shirt was a picture of Jesus.

I was glad I got into the museum for only one euro. I got my money’s worth. I think.